Tajo is the pseudonym of Tani Goldstein, an Israeli journalist. This book is based partly on Tani’s own life story. He is 51 years old. He works nowadays as an investigative reporter and editor in Zman Israel news site. In the past, he was a reporter and an editor in Ynetnews, Israel’s main news site. Tani is the inventor of the card games Konniving. He has also been a drummer, political activist, teacher, guide, mailman, porter, salesman, and partner at a PR company. He lives in a rooftop apartment in a gray suburb of a Tel aviv, married the set designer Svetlana Breger, and raises two girls. Sometimes, he imagines he could have lived a similar life in another country 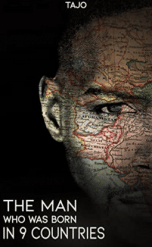