Eldad Beck is the Berlin-based correspondent of the Israeli daily “Yedioth Ahronoth” since 2002, covering Germany, Central Europe, and the EU. He is one of the rare Israeli journalists who reported from Arab and Muslim countries – such as Iran, Syria, Iraq, Lebanon and Afghanistan – about major events in the Middle East.

Between 1997 and 2000, Eldad was a project-coordinator in East Africa and the PA territories for an Austrian governmental organization. Between 2000-2002 he was the Vienna-based correspondent of the Israeli daily “Maariv”. 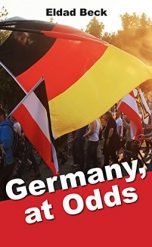