Danny Bar was born in 1955 in Israel and joined the military service when he was 18, serving as part of the special brigade of “Golani” unit. Upon finishing his service, he joined the Israeli Secret Service better known as the “Shabak”, and was assigned to the Special Operations Unit.

After many years in the elite unit, Bar retired and became the General Manager of the “Ben Shemen” Youth Village where he stayed for 7 years. The Youth Village is a well-known educational institute founded in 1927 that amongst its famous alumni, was Mr. Shimon Peres – the former Israeli president. 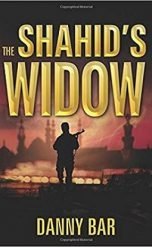