Ayala Raz is a historian and researcher of twentieth century fashion with unique knowledge of Israeli fashion.

She is the author of the comprehensive book on Israeli fashion ‘Changing Styles- Hundred Years of Fashion in Israel’ (Yediot Aharonot, Tel-Aviv, 1996) which is considered the best written book about this topic.

Based on her expertise, she has contributed numerous articles to local and international periodicals on Israeli fashion:

‘Dress in Modern Israel’, in Encyclopedia of World Dress and Fashion,

‘The Equalizing Shoe’, an article in ‘Jews and Shoes’, edited by Edna Nahshon (Berg, Oxford, New-York, 2008)

Ayala Raz has worked as a fashion designer and consultant to several fashion companies in Israel.

She was a consultant to Tel-Aviv History Museum and Chief Consultant for the T.V Series on Israeli Fashion ‘Tsav Ha’Ofna’ (Fashion’s Dictate. 2010).

She is the Curator of several fashion exhibitions in Israel, amongst them:

In 2008 she started designing Art- Jewelry, which was exhibited at leading galleries in Israel, The Netherlands and Germany.

She represented the Israeli Jewelry at the competition ‘True Colors’ in Amsterdam (2010).

For her achievements she was granted honorable membership by the Israeli Fashion and Textile Association (2010).

She is currently writing children books. Two of them were published, in English, by Amazon: ‘The Colorful Adventure of Tollie the Turtle’ and ‘The Best Advice a Tubby Turtle Can Get’. Each of these stories teaches an essential lesson about life. 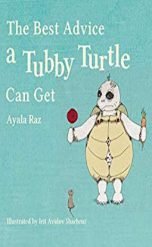