Uzi Eilam was born in Israel in 1934. From an early age he excelled in mathematics, physics, and playing the trumpet, which he continues to this day. Eilam has always had a natural ability to lead, using charisma and personal charm. He was one of the first fighters in the paratroopers, once an elite unit of the Israel Defense Forces (IDF), and considered a legend.

For his courage and resourcefulness during the Black Arrow Operation in Gaza in 1955, Eilam, who was then a young lieutenant, received an award for bravery from the Chief of General Staff. In the 1967 Six Day War, Eilam fought as a paratrooper battalion commander in Jerusalem and was among the first to enter the Old City and reach the Western Wall with his soldiers.

Uzi Eilam is a Technion graduate in mechanical engineering (B.Sc) and Operations Research (M.Sc). He completed his studies in business administration and systems analysis at Stanford University, California. In 1973, General Eilam was appointed head of the IDF Unit for Research and Development, and in the Yom Kippur War served in the General Headquarters' decision-making center. Prime Minister Yitzhak Rabin appointed General Eilam Director General of the Israel Atomic Energy Commission, where he served for ten years. In his next position General Eilam served for twelve years as head of the Defense, Research, and Development Authority of the Ministry of Defense and its Chief Scientist.

General Eilam completed his service to the State of Israel in Paris as head of the Defense Ministry delegation to Europe. In 2002 he was awarded the Israel Defense Prize for Lifetime Achievement.

When he retired from public service, General Uzi Eilam began to pen books of suspense and espionage rather than taking all those state secrets "to the grave". He writes fictional works that are intricately connected to technological realities and the threat of global terrorism. 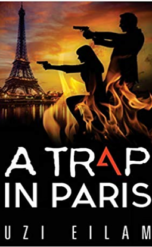 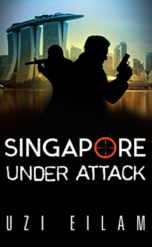 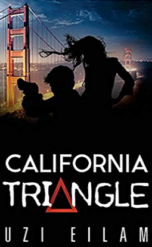 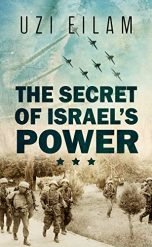 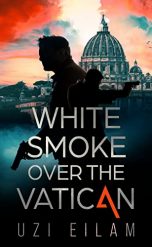