Amir Or, an Israeli poet, novelist and essayist, has been recognized as a major new voice in contemporary world literature. He is the author of eleven volumes of poetry. His prize-winning books and poems were translated into more than 40 languages and have won him national and international literary awards, including the Pleiades Tribute 2000 of the Struga Poetry Festival for having made "a significant contribution to modern world poetry."

Or has given readings and lectured in dozens of festivals and conferences worldwide.

Or was born in Tel Aviv in 1956. He descends from of a renowned rabbinic dynasty, among them Elimelech of Lizhensk and Rashi, whose family line goes back to King David.

Or lived for several years in the Nederlands and India, where he studied various meditation and personal growth techniques. After returning to Israel, he founded a meditation and therapy center and a spiritual commune in Jerusalem. He studied philosophy and comparative religion at the Hebrew University in Jerusalem and lectured there on Ancient Greek religion.

In 1990 Or founded the Helicon Society for the Advancement of Poetry in Israel. In 1993 he set up the Arabic-Hebrew Helicon Poetry School and developed the school's pioneering integrated methodologies for teaching creative writing, which he taught in Israel, the US, Austria, the UK, and Japan. He is a founding member of the World Poetry Movement and of the European Association of Writing Programs. Currently Or serves as editor of the Catuv Poetry Books series, as national editor of the international poetry magazines Atlas and Blesok, and as national coordinator for the UN sponsored venture, "Poets for Peace." 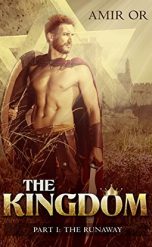