Tamar Ferman-Avnisan holds a second degree in business administration. For many years, she built a career in the field of finance, but writing was always a part of her world – ever since she was a child in primary school.

Later, she wrote for an Israeli travel magazine and today she is a Google Maps local guide. Her writing focuses on the uniqueness of individuals within groups in society and her protagonists are generally put to extremes, be they positive or negative.

Accept Me for Who You Are was enthusiastically received as a bestseller and has been reviewed online, on live television, and on local radio.

Tamar is a single mother to three young adults. 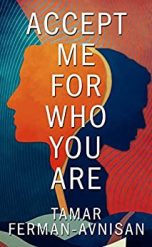