Sarah Raz was Born in Israel in 1952. She is a mother of three and has six grandchildren. Since 2008, Sarah has served as the chairperson of Petach Tikva's Artists Association and as a curator at the Blue Bird Gallery in Israel.

She is a painter and sculptor and has presented solo and group exhibitions in Israel and abroad.

Sarah also sings and writes her own poetry in ladino (Jewish Spanish). She has released three music albums and performed on many stages. 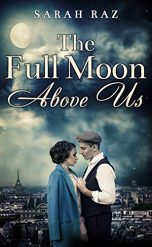