Shifra Horn lives in Jerusalem. After majoring in Bible Studies and Archeology at the Hebrew University, she went on to study for MA in Bible Studies, Mass Communications and has earned a teaching degree.

While a university student, Horn served as an Educational Officer for the World Union of Jewish students. There she initiated and managed the world campaign to save Ethiopian Jews and bring them to Israel. Horn also participated in the campaign to free Soviet and Syrian Jews, producing films and written material.

Her achievements included the discovery of a village of Jewish convert (Marranos) who had kept their Jewish identity secret for over 500 years. Her activity in the village of Belmonte resulted in the entire population converting fully to Judaism.

Further she acts as a spokesperson for the Israel Absorption Ministry until her departure to Japan. While in Japan for five years, Horn served as the Far East correspondent for the Ma'ariv daily newspaper, served as manager for the Tokyo Jewish Community Center and taught Bible Studies and Hebrew at the Bible College in Tokyo.

Horn has received prizes both in Israel and other countries. Among them the Book Publishers Association Golden and Platinum Prizes for all her books, the WIZO -Israel prize, the Prime Minister's Prize, the Bat-Yam Prize for Literature, Brenner Prize – one of the most prestigious prizes in Israeli literature- for 'Ode to Joy' as well as an Italian prize (ADEI) the WIZO FRANCE prize (2008) and the Education Ministry prize 2014..

Her books have been translated into English, French, Dutch, German, Italian and Turkish. 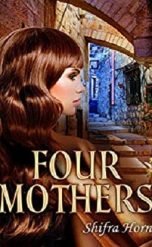