As a kid, Zvi Speiser was fascinated with electronics and science fiction stories. He received his BSC in Electronics at the beginning of Israel's Yom Kippur War (1973). As a pioneer in computer graphics, he developed state of the art devices that were in the forefront of this emerging market. His electronics hobby gave way to radio controlled, aerobatic model airplanes that later developed into flying sports planes. The basic idea for 2036 The proof arose some 20 years ago and finally materialized when Zvi left his day job.

2036 The proof is Zvi's first of two consecutive books and his first full-length science fiction novel. He previously wrote short stories for his two daughters when they were young, which he now enjoys reading to his grandchildren. Zvi is 69 years old and married with two daughters and four grandchildren. 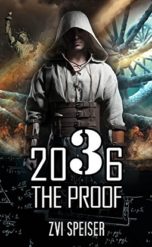 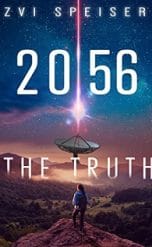