Pola Wawer was born in Vilnius in 1914. She graduated the Stefan Batory University in Vilnius with a medical degree and started working in the ophthalmology department of the Railway Hospital, but lost her job when the Germans took the city. She survived the war and in 1945 crossed the Polish-Soviet border with her mother, the only surviving member of her immediate family.

After the war, Pola ran the Jewish Children’s Home in Bielsko for five years, and after the orphanage was closed she returned to her medical studies and moved to Warsaw where she completed a second degree.

Pola passed away in 1997. She dedicated this book to the remarkable people to whom she owes her mother’s survival and her own. 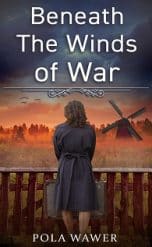