I was born to a family of doctors in Leningrad at the end of August 1954, under the star sign Virgo, two days before the date of birth of the Great Russian author Lev Nikolayevich Tolstoy, who was born on the 28th of August, 1828. So, the stars assured me of especially good company.

Since my entire family were doctors: my grandmother was a children's doctor, my grandfather was a dentist, my mother was a doctor of Internal Medicine, my father was a psychiatrist, it was certain that I would follow in their footsteps. At the end of the 70s I immigrated to Israel from Leningrad with my spouse and small son. That city has since returned to its old name from before the revolution: St. Petersburg. In our possession were several suitcases full of books and I held in my hands a Doctor's diploma as a graduate of the University of Leningrad.

After a year of absorption and acquisition of the Hebrew language, I served in the Israeli Defense Forces in the elite Golani division. I participated in the Lebanon War in 1982. I witnessed death before my eyes. I was injured but survived and cared for soldiers on the battlefield. I lost several soldier friends in that war. That was the bitterest experience of my life. After my discharge from the army I was accepted to a department of Eye Medicine and completed a degree in Ophthalmology.

Practicing medicine helped me gain a better understanding of the human spirit and sharpened my senses to recognize and perceive human suffering, in its many forms.

During my literary career I published short stories in Israel and abroad, a diary of the Lebanon War, publicity pieces, a play, and wrote a story: "The Green Dome," which is still resting in my drawer. The novel "Children of Sodom" was published in 2009 in St. Petersburg, Russia. Another novel was recently published in Russian on the internet.

"Mystery in Iceberg-town" , contemporary political satire, my first Hebrew book, was published in 2012 by HaKibutz HaMeyuchad. 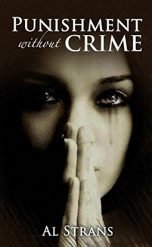