Odede Yaari is a journalist, lecturer and writer, as well as book publisher and literary editor. In the past 15 years she has worked as a biographer, and has written over 160 life-stories so far. Her first written screenplay was made into a feature film titled SnapShot that will be released in early 2017. Following the film’s production, she also transformed the script into a novel, titled Signs. These days, she is busy giving lectures, writing her new novel and working on her next screenplay. 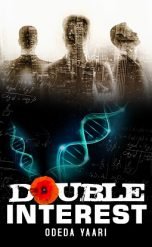