Smadar Shir-Sidi is among the most important authors in Israel. Her first book was published when she was 16, and in the three decades since she has published 400 children’s books as well as seven novels. She has also written hundreds of children’s’ songs which were composed and recorded for CDs and DVDs. Her birthday songs are heard at nearly every party in the country. Critics praise her sensitive ear, citing Israeli reality in all its forms, and recommend her books to parents with children who are generally non-readers. Many of her stories are included in kindergarten and elementary school anthologies. Some of her other books are part of the annual curriculum in middle schools as well as high schools.

Along with her personal work in writing, Smadar Shir-Sidi works as a senior journalist in “YediotAhronot,” the most popular daily newspaper in Israel. She publishes opinion columns and magazine interviews. For ten years, Smadar Shir-Sidi lived in Minneapolis, Minnesota, due to her husband’s work (Urological Surgeon). During these years, along with being a Hebrew teacher, she published several books in the United States, among them are “The Complete Book of Hebrew Baby Names”, which was published by Harper and Row and distributed all over the world. This book assists Hebrew parents in finding popular and modern Hebrew names for their children while understanding their meaning. Due to this book, and children’s books in English, Smadar Shir-Sidi became a popular lecturer in Jewish communities.

Today she lives in Israel, is married (to Professor Ami Sidi, director of the Department of Urology at Wolfson Hospital) with six children (five girls, one boy) and two pet dogs. She lectures in schools (and also gives volunteer lectures inprisons, military bases, and in boarding schools housing children who are no longer under their parents’ jurisdiction).

She also meets readers of her novels in book meetings held in libraries and book stores.

Her book, “The Tenth,” won the Israeli “Akum” prize. 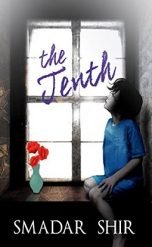 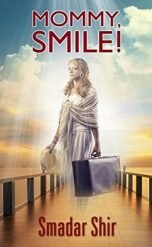