She started off in education, and for a decade taught in high schools and teacher training colleges.

She gained fame from her master’s thesis when she developed, for the first time ever, a program to help minimize math anxiety. Her software has constituted the base for many mathematics-teaching programs developed since then.

In later years, she established a leading education portal, which is active to this day.

She has accumulated extensive academic education, including a double degree leading to a PhD in computers and education and future research.

The vacancy that COVID-19 brought into her life prompted her to put aside her academic studies in favor of writing modern thrillers.

Sigal is married, a mother of three, and a proud grandmother of four. 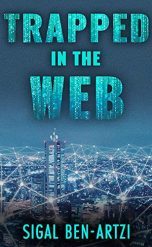