Miri Furstenberg (b. 1948) is the last living survivor of a 1954 terror attack known as the Scorpions Pass Massacre.

She was born in Tel Aviv just as the State of Israel achieved independence. Her father was a bus driver on a route between Tel Aviv and the Red Sea port of Eilat. In March 1954 Miri, her older brother Haim'ke, and mother Hanna accompanied her father on his weekly journey. On the return trip the bus was ambushed by armed men. Her parents died at the scene. Her brother lingered in a coma for thirty-two years before succumbing to his injuries. Five year-old Miri lay hidden under one of the bodies until discovered by a passing army patrol.

Miri's grandparents placed her in the care of a kibbutz – an agricultural settlement organized along shared, socialist principles. After graduating high school she was drafted into the Israeli Air Force, where she served during the 1967 Six Day War.

Throughout a difficult adolescence, a failed marriage, and a career in sports management, Miri remained silent about what she had witnessed during the 1954 bus attack. In 2002, during a wave of bomb attacks on Israeli buses, Miri was encouraged to write the manuscript that became the book, The Girl From Scorpions Pass. Miri lives in Netanya and is a regular speaker on terrorism, its victims, and survivor guilt. 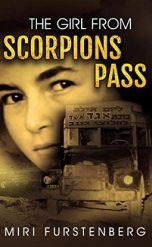 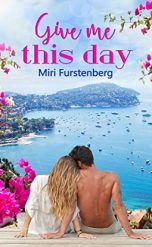