Leonid Tokarsky was born in Leningrad in 1945. His father was a well-known shipbuilding engineer, and his mother a professional piano accompanist.

Between 1964 and 1968 he served in the Soviet Northern fleet, as part of a special technical navy rescue team for nuclear submarine reactor emergency repairs. In 1967, because of his refusal to condemn Israel, he was sentenced to a year of forced labor at a military penal colony. After his release he studied and graduated with distinction from the St. Petersburg State Marine Technical University. In parallel, he worked at the ALMAZ design bureau, which was heavily engaged in the development of ships based on the so-called new principles of movement.

From 1974 to 1976, being a refusenik and prohibited from leaving the USSR, he worked at the Mariinsky Theater as a laborer. In 1976 after he was stripped of his Soviet citizenship, he repatriated to Israel. In 1977 he started to work with the Israel Aerospace Industries, as an aircraft designer, became Director of the Aircraft Engineering Department, and also Director of Business Development. As an engineering manager, he was also Design Group Leader for the Lavi fighter jet and other military and civil aircraft projects. As a government official he often participated in state negotiations and was also appointed Co-chairman of the Russian-Israeli Committee on Astronautics and Aviation.

He was a member of the Presidential Committee to work on the changes necessary to the electoral and administrative structure of the government of the State of Israel. By order of various prime ministers of Israel, he was appointed to the Board of Directors and Chairman of the Board of Directors of several state-owned companies. He is also the winner of the Olive Prize of Jerusalem for his book "An Icebreaker, or a True Story of Survival" in 2011. 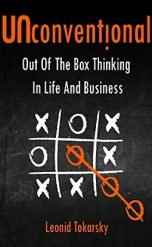