Itzchak Belfer was born in Warsaw, Poland, grew up in the orphanage managed by Dr. Janusz Korczak, and was the only survivor of a large extended family wiped out in the Holocaust. At the age of seventeen, Belfer left his dear ones in the ghetto on a journey of survival. On his return to Warsaw he realized, standing in the ruins of the ghetto, that his home was in the Land of Israel, and he decided to immigrate there. Belfer's immigration attempt landed him in the British detention camp in Cyprus. It was there that he studied sculpture under Zeev Ben-Tzvi and was captivated by the magic of art and sculpture. He finally fulfilled his dream of living in Israel. After serving in the Israeli army, he studied art at the Avni Institute of Art and Design. He has since instructed generations of young artists and has channeled his artistic talents, already obvious during his orphanage years, to commemorating Dr. Janusz Korczak's work and the memory of his murdered family and the Holocaust. 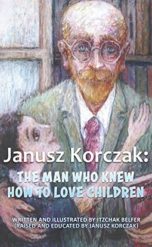 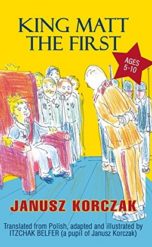 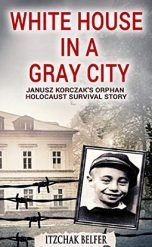