He is an Accounting Graduate from the Hebrew University of Jerusalem/Tel Aviv branch and a Systems Analyst.

He retired in 2006 and has since devoted himself to writing children's books.

On that joyful day, J pledged to become an exceptional grandfather, who would award his granddaughter and all those who would follow her, unique quality time together:

He would always stimulate their imagination and share their daydreams.

He would always encourage their curiosity.

And He would always speak to them as equals.

As a grandfather, who keeps up to date with technology, he would never say to them "when your father was a child, things were different…" as if to imply he was wiser or better than they are now.

Have you ever noticed a grandfather and granddaughter searching the skies together to find clouds that look like different shapes, and telling each other tales of what happens in the sky?

If so, you were looking at J and his granddaughter.

Have you ever seen a grandfather and grandson looking for "Mr. Invisible," who jumps from one traffic light to another to change the lights just in time?

If so, you have seen J and his granddaughter or his grandson.

It is only natural, therefore, that the many stories which were woven over the years, would be written when the author retired and found time, at last, to write the true love of his life. 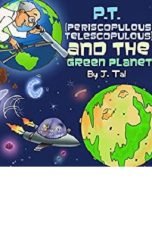 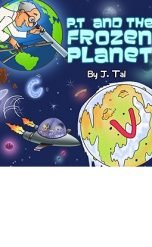 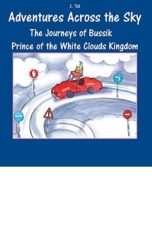