Yuval Hollander is an Israeli author, film director and producer and a single father to three beautiful children.

Yuval served as a deputy commander of patrol ships in the israeli navy, and has been the head of digital media at some of the largest international advertising agencies in Israel. He speakes Hebrew, English, Spanish and Arabic. Yuval is a skipper and a drummer. 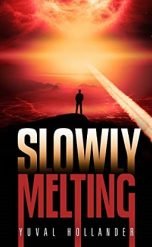