Yair Dori, whose grandparents had fled persecution in Eastern Europe, was born in January 1947 in Buenos Aires, Argentina, together with his twin brother, Daniel. Yair's strong sense of belonging to a wandering nation, persecuted throughout a history of bloodshed and humiliation, led him to conclude that the State of Israel, the national home of the Jewish people, is the only place in the world where every Jew can live a life of dignity and security.

Yair immigrated to Israel in June 1967. He was drafted into the Israeli Army in 1968 and served in an elite infantry brigade. In May 1970, in a bloody battle with Egyptian forces, Yair was critically wounded and captured by the enemy. After 10 horrible months in captivity in Egypt, his right hand amputated, blinded in his left eye, and with wounds all over his body, he returned to Israel as part of a prisoner exchange agreement. Despite his physical condition, Yair did not lose spirit. He studied philosophy, married Susie, and they had three daughters. Yair returned to the army as an education officer in the Paratroopers Brigade. After his discharge, he entered the business world. Yair established connections in Argentina and founded a thriving media company that brought South American programs to Israeli and Eastern European television. He became known as the "King of Telenovelas".

Thanks to Yair, many famous Latin American actors and singers have performed in Israel. He served as President of the Israel-Latin America Chamber of Commerce and has received international recognition for his extensive activity in the entertainment world. 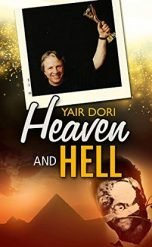