Rachelly (Chelly) Abraham-Eitan has published nine books of poetry and two literary research studies. She holds a PhD from Bar-Ilan University as well as several honorary certificates and honorary doctorates from the International Academy of Art and the World Congress of Poetry.

Her writings have been published in many literary magazines, translated into numerous languages, and won prestigious prizes. She has been awarded 2nd place at the 2016 36th World Congress of Poets and the Prime Minister's 2017 Award for Poetry. Since 2008 she has edited and produced the literary magazine, Shvilim.

Rachelly was born in Amqa, a village in northern Israel, to a large family (14 brothers and sisters, 5 of whom are blind). She has written poems ever since she was a small child. Traumatic experiences strengthened her attraction to poetry and made it an essential survival mechanism for the rest of her life. She sees her poems as a significant way to create connections between herself and her readers, reviewers, students, kinsmen, and friends. 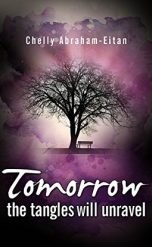