Dan Shtauber is Risa Shtauber’s first grandson. As a child, he heard of his Grandmother’s experiences during the Holocaust but only when he grew older, did he understand the horrors his grandmother underwent. Dan’s need to record Risa’s story for the next generations grew and in 2016, in honor of his grandmother’s 92nd birthday, he decided to bestow her with a special gift; a book which includes a complete testimony of Risa’s experiences during the Holocaust.

Dan holds a B.A. in computer science and works as a computer specialist. He also writes children’s books, gives lectures and holds workshops for his younger readers about his books. 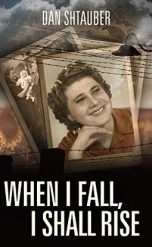