Born in London, England, during WWII to parents who were refugees from Nazi Germany, Dorothea Shefer-Vanson was educated in England, graduating with a B.A. in Sociology and Economics from the London School of Economics. She emigrated to Israel in 1964, is married to Yigal Shefer (Ph.D., Physics), and completed her M.A. in Communications at the Hebrew University of Jerusalem. The couple has three children and eight grandchildren (to date). For many years Dorothea Shefer-Vanson worked as an editor and translator, both free-lance and as an employee of the Bank of Israel, translating from Hebrew, French and German into English, as well as serving as a free-lance writer for various journals in England and the US.

Dorothea's first novel, 'The Balancing Game; A Child Between Two

Worlds, A Society Approaching War,' was published in 2013. 'Time Out

of Joint; The Fate of a Family,' her second novel, was published in

2014. 'Levi Koenig, A Contemporary King Lear,' is her third novel, and

appeared in mid-2015. Her fourth novel, 'Chasing Dreams and Flies; a Tragicomedy of Life in France,' appeared in 2016. Her fifth novel, 'All Well on the Mid-Western Front,' is due to appear in 2018. 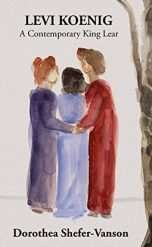 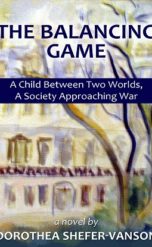