He served in the Mossad, the Israeli foreign intelligence service. He was the European correspondent of "Maariv" Daily in the 1990s and delivered various posts as anchorman in Israeli television and radio broadcasts. He is the authour of various successful non-fiction books including: "The Mossad and its Myth" (1997, translated into French); "The Liquidation of the Hangman of Riga (1998, together with Anton Kuenzle, Translated to English and German); "Mossad Exodus" (1998, translated into English); and "Spacial Army" (2007). 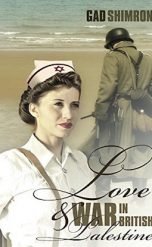