Thought I should mention why I started writing in the first place. Writing is not normal for people, I can tell you that. For every Tolkien, there are hundreds of thousand of wanna be writers that would make a LOT more money flipping burgers than writing books …

Writing is not an easy thing to do, nor is it a common practice (I'm talking about writing books here. Blogs, IMHO, are something else entirely). So, why and how did I start to write?

Well, it all started twelve years ago when I was in Spain with a friend, traveling across the country. We hiked in Pico De Europa, a beautiful mountain range. So, there I was, climbing the mountains, a river gurgling beneath me, the mountains all around me and gray clouds blocking the sky above.

And then I saw it. A wing tip appeared first, than the great belly, the long neck and the gargantuan jaws. A huge dragon flew above us, its clawed feet almost touching the mountain sides, filling the air with the fire burning in its lungs. It disappeared a few seconds later but the sight was incredible.

No, I did not went mad. The dragon flew only inside my mind but the image was so strong and the mountains were so wild that the dragon's flight was burnt into my soul forever.

But I was (and hope I still am) quite a normal and rational person. I have a computer science degree, had a good job and led quite ordinary life. So I resisted the impulse to write.

Nobody will read it. I will be wasting my time. I can't write anyway. I'm not an author, I don't have the right mindset for it. It would never work. What would my PARENTs say ?

I managed to resist for a few days till we went to Parc Guell in Barcelona. There I gave in, bought my first notebook and started writing, right there and then. Thus was born Dragon Over Washington, my first full length novel.

Later on I wrote a few short stories and then Mechanical, my best (I think so …) book to date …

And just a short update – I am now working on the sequel to Mechanical, tentatively called: Hunter Killer. 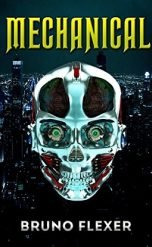 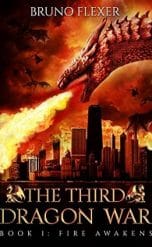