Amira Keidar was born in the fall of 1963 in a kibbutz in Israel. After serving as an officer in the Israeli Army, she lived for 3 years in Paris where she studied Business French and Political Science. Coming back from France, she completed her B.A. in International Relations at the Hebrew University in Jerusalem. Amira worked for six years as a flight attendant for the Israeli Airline EL-AL and then started to work as a researcher in a national T.V. channel.

During her work as a researcher, Amira wrote dozens of mini-biographies for an interviews show that aired on the channel at that time. Researching and writing about people's lives made her realize that writing biographies might be her target.

In 2003, Rachel, a long-time friend of Amira's mother, was dying from cancer. On her death-bed, Rachel gave her friends the diary her mother wrote during the liquidation of the ghetto of Siedlce (east of Warsaw) in August 1942. In the diary – a 9 page document translated from Polish – the 27 year old woman described in bright and sober words all the atrocities of the Nazi rule in her home-town and above all – the horrifying days of the Jewish community annihilation in Siedlce. Rachel's mother described in details the days she and the one year old Rachel spent in an attic while the Nazis were pursuing Jews in the streets of Siedlce in order to send them to extermination camps.

Reading this diary as a young mother, about the baby struggling to stay alive and about her mother fighting against the dangers outside and inside the attic, made Amira decide she wants others to know about this stunning story.

In June 2007, Amira quit her work as a researcher and a month later she found herself on a plane to Poland, starting her own research for the book she already had in mind.

It was not until 2009 that Lalechka was completed.

Since then, Amira wrote biographies and other family stories for her living.

After living almost 20 years in different places, Amira now lives with her two daughters in the kibbutz where she was born. 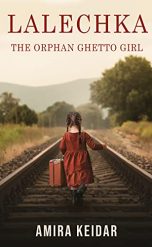 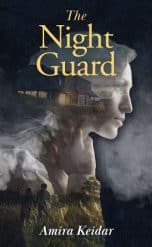