Eli Reismann was born on May 28th, 1929 in Ťačovo in Karpato-Rus, which was then in Czechoslovakia.

Days before his 15th birthday, he was sent with his entire family to Auschwitz-Birkenau extermination camp, from where only he returned. At age 16, he joined Hashomer Hatzair training in Bratislava, the capital of Slovakia, where he crossed paths again with his future wife, Miriam, whom he had known in school.

The group, named “Lehavot Haviva” after the paratrooper Haviva Reik, was transferred from Bratislava to Belgium and then on to France. In France the group members, all young Holocaust survivors, boarded the Theodor Herzl ship bound for Israel. As they neared Israel’s shores, the ship was commandeered by the British Navy and its passengers were exiled to detention camps in Cyprus. In late 1947 the entire group, including Eli Reismann, was released from the detention camps, and after a short stay in Atlit camp, its members were sent to Kibbutz Dan in Northern Israel.

During the 1948 War of Independence, Eli Reismann fought at the Kibbutz’s frontier against Syrian invaders. On his initiative, together with director Shmulik Imberman and Photographer Israel Gal, he founded “Kibbutz Dan Studios” in the Kibbutz’s old bakery. As time went by and the studio developed, they served Israeli TV in its first stages.

Eli was one of the first to dub British and American educational videos in Hebrew, which were then distributed to every school in Israel. As technology developed, he was forced to leave the kibbutz with his family and relocate to the center of Israel, to continue promoting his career. After leaving the kibbutz in 1976 he established “Dan Films” studios in Tel Aviv, from where he produced dozens of films for the Israeli film industry, including films about artist Ana Ticho, painter Reuven Rubin, and the development of print and publishing in Israel. He also produced a television series about kindergarten safety and one about architecture.

Eli was a member of the Israeli Association of TV and Movie Producers, and in the Israeli Academy of Filmmaking and TV from 1990 until his retirement in 2004. 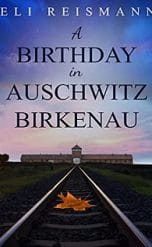