Uri Yahalom grew up in Kibbutz Ma’agan Michael and now lives in Haifa. He was a hi-tech manager who eventually he shifted towards entrepreneurship. He has since established four start-ups, with a fifth one on the way.

In addition to work, there are two things he will never stop doing: writing and running.

Handle With Force is his fourth book. 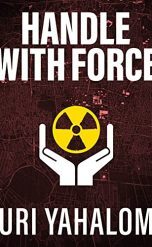