After devoting a great part of his career serving in central governmental positions; being member of the Knesset (the Israeli Parliament), passing 95 laws including the Israeli Bill of Rights, and publishing thousands of articles in all the major Israeli newspapers, Uriel Lynn who is presently the President of the Federation of Israeli Chambers of Commerce, decided 4 years ago to write books, believing that books, in most cases, have more influence on people than opinions in newspapers.

His first book "The Cornerstone" describes Lynn's seven positions in the public service.

Then back to his childhood and love for birds "Liad & the Crows", followed by a story for teenagers describing why learning self-defense is an important factor in their lives.

Soon to be published is the love affair he had when he was 11 years old with a girl of his age, in a boarding school called Shifia. 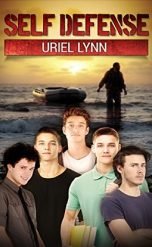