Avichai (Avi) Schmidt was born in Tel Aviv, Israel, and grew up in Jerusalem. Avi's father was a business man and a factory owner. From a young age, Avi accompanied his father on his business trips abroad, where he spent various periods of time.

Avi served in the Israeli Defense Force's intelligence unit as part of his regular army service. After the army, Avi joined the staff of the Israeli Broadcasting Authority's official Channel 1, where he worked for many years, and during which time he travelled extensively to many different countries where, in some, he resided for various periods of time.

Avi wrote his first story at the age of seven. As a child and youth he mainly wrote formal accounts of his travels around the world, as well as a satirical column for school newspapers. The plot of his first book, Blind Mission, was drawn from his experiences working in television. The storyline kept many Israeli politicians and security officials awake at night, and even triggered changes in their methods and modes of operation.

Blind Mission is a political conspiracy action thriller that has received rave reviews in the media and was translated into English. His second book Basic Code (being translated now) is an action thriller premised on the idea of philosophical sciences.

The author is fluent in five languages and resembling the hero in his books, has traveled extensively throughout the world for various reasons and opportunities. His familiarity with the cultures of different countries and with the geography of many cities, including their special corners and lifestyles – left their mark on the descriptions of scenes and events around the world and on the assortment of fascinating and extraordinary human characters in his books.

His third book, Don't Dare Die Unprepared–The most important book you will ever own, is completely different from the first two. It is not another thriller, but rather a complete guide for the proper conduct of all areas of life. It was written for each of the billions of people living in today's modern world. 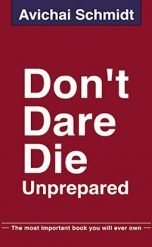 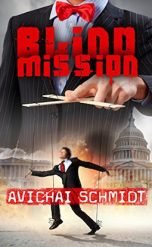