Roni Eliav still serves in the reserve forces with the rank of lieutenant colonel. He was part of an elite unit during his mandatory service and stayed on as a career officer. He performed his reserve duties in another elite unit. Later on, as a civilian, he worked as a security guard, held security management positions in Israel and abroad, and managed projects for the municipal authorities, including the establishment of a security system to protect educational institutions in Israel. In the early 2000’s he founded a company that engages in preparation and training for combat and security. Thousands of fighters from Israel and the world attend his academies. He has four children, all of whom have served in classified combat roles in the army. Today he lives in Ashkelon with his partner. 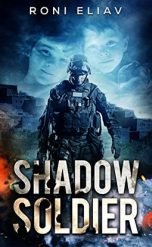