Driven by an uncontrollable urge for adventures and mysteries, Michael Brayer served for a while as a military intelligence operator, and later established a private investigation agency in Tel-Aviv. He has been dealing with local and international mysteries since, some of which inspired his Arik Omer thriller series.

He lives in the center of Israel, is married and a father of two daughters. 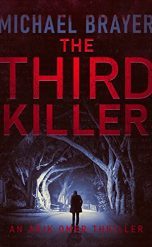