Benny Levin was born in 1946 on Kibbutz Beit Hashita, where he graduated from high school. He studied at the Bezalel Academy of Art in the Department of Visual Communication and later (1981-2), studied animation at the Royal Academy in Amsterdam. He worked as a designer and illustrator at Hakibbutz Hameuhad Publishing House.

Since 1974 he has worked as a designer and animator on Israeli television’s Channel 1. Among other things, he designed the channel’s symbol and many mythological program openings. He has done illustrations for numerous Israeli newspapers and magazines, including Yedioth Ahronoth, At, Masa Acher, Otiot and more. Over the years he has also worked in two advertising agencies and has published some 40 books in various fields. 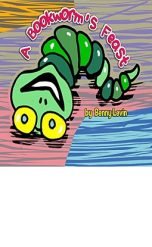