Adam Peled was the head of the IDF counter terror school between 2001-2004.

In the year 2000, after serving 5 years in the Air Force Rescue Unit, he decided to transfer to combat training at the counter terrorist school. Back then the “rules of the game” where blurry and it seemed that everything goes in the name of aggression and determination.

Out of 32 soldiers who began the course only 12 finished. Adam was the first and the last soldier that did this course as an officer, and was ranked at the top of the course.

Today Adam is a member of Kibbutz Nir Ham, married to Maayan and father to Yoav and Liya. He still serves his country as the head of the counter terrorist school for security guards in the private sector. 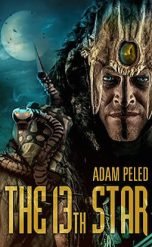